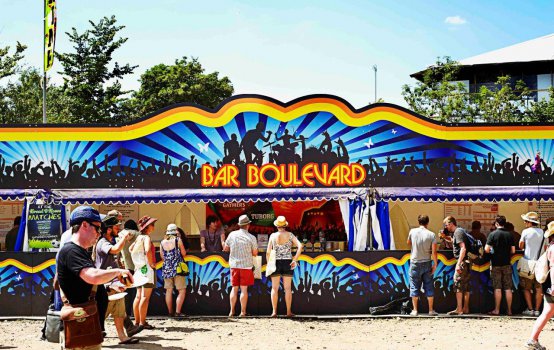 In June 2010 I produced and production managed the overhaul of every major bar at Glastonbury Festival to mark it’s 40th anniversary year.

New fascias were installed along half a kilometre of  fast-serve bar frontage and five new fully themed concept bars were created and programmed with entertainment that ran throughout the festival.